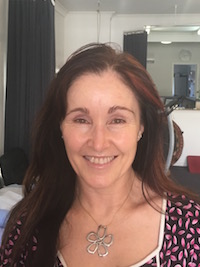 Jedda completed her Masters of Physiotherapy and Exercise Science degree at Griffith University in 2008. Since then she has been actively engaged in private practice dealing with an array of musculoskeletal, sporting, surgical, adult, adolescent and paediatric conditions.

She has had a number of years on field and off with sporting teams and individuals which has enabled her understand first hand acute management, injury rehabilitation as well as injury prevention. Jedda’s passion for her work combined with common sense and hands on approach has established her as a caring and dedicated practitioner. She has strengths in orthopaedic post surgical rehab, hands, hydrotherapy, young adults and children.

The proud Mother of three sons. She was a previous state, nationals and first grade hockey representative player with further competitive sporting experience in triathlon, swimming and rowing. Jedda now enjoys a somewhat irregular love of Pilates, cycling and altitude training between family and working commitments.